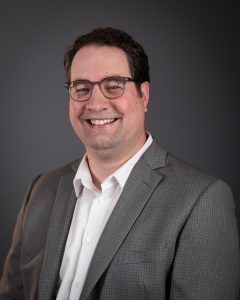 Action for Older Persons (AOP) is proud to announce the appointment of Robbie Smolinsky as its new Executive Director.

A life-long resident of the Southern Tier, Smolinsky joins AOP from Habitat for Humanity of New York State where he served as Director of Communications.

“Robbie’s unwavering commitment to our community with his unique experience in leadership positions across business sectors will help lift the organization to new heights”, said Greg Catarella, Board President of AOP. “His passion for service, and his vision for AOP’s future, made him the right choice to guide the organization as we look to continually innovate and deepen our community connections in the years ahead.”

Smolinsky’s resume demonstrates an extensive background in community service, including more than thirteen years with local nonprofit organizations including United Way of Broome County as well as a seven-year tenure with Action for Older Persons that began with an internship as a Binghamton University student. In the nine years since his departure as an employee, he has remained connected to AOP by offering technical assistance as a volunteer and serving on the Board of Directors.

“I am elated to be returning to Action for Older Persons”, said Smolinsky. “AOP has always been a beacon of hope, providing critical services that improve the quality of life for thousands in our community every year. I am excited to build upon the decades of work that our leadership, staff, and volunteers have invested in establishing AOP as a cornerstone nonprofit in our region.”

Smolinsky grew up in Johnson City, NY and currently resides in Tioga County. He attended SUNY Broome and Binghamton University, where he graduated with a B.A. in Cinema and a B.S. in Human Development.

Smolinsky started his new position on August 24, and succeeds Casondra Hamilton, who departed the organization after seven years to become the grants administrator for Department of Health and Environmental Control of South Carolina.

FreshySites Copyright All Rights Reserved © 2014
Back to Top